JVP ready to stand on its head 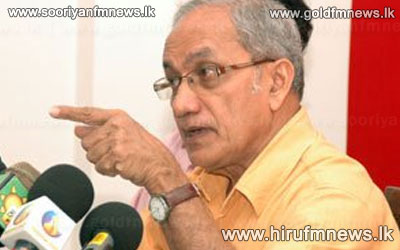 The erecting of election billboards to promote contestants has been started as the propaganda war begins in the North, the North Western and the Central Provinces.

Executive Director of the CAFFE Keerthi Tennakoon stated that one such massive billboard to promote a contestant has been erected top of the old bridge on the Gampola Nuwara Eliya road.

The election monitor claimed that the Gampola Police has provided protection to that particular billboard; and the Election Commissioner has been educated with regard to this incident already.

When our news team contacted Election Commissioner Mahinda Deshapriya to comment on this matter, he said that he would educate the police with regard to the action.

Meanwhile speaking at a public gathering held in Matale area yesterday, JVP Leader Somawansa Amarasinghe said that his party was ready to face any public test in the forthcoming election.