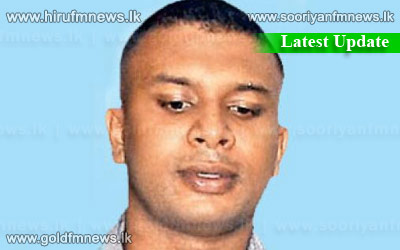 The CID was permitted to detain son of former DIG Vass Gunawardana Ravindu Gunawardana for 72 hours and question him in connection with the murder of millionaire businessman Mohammad Siyam.

Ravindu Gunawardana is the main suspect of the Mohammad Siyam abduction and murder case.

Colombo Additional Magistrate Mohammad Sahabdeen issued the notice to detain the suspect after considering the facts submitted by the CID.

Ravindu Gunawardana and his private body guard were arrested this morning while they were staying in the house at No.62 at Mayura Mawatha, Pepiliyana Boralesgamuwa.

When our news team contacted the Police Media Spokesman Office to find out the owner of the particular house, it stated that no information has so far been received with that regard.