Yemen says it has foiled an al-Qaeda plot 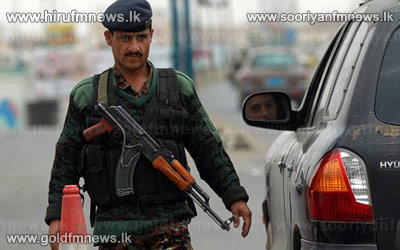 Yemen says it has foiled an al-Qaeda plot to blow up oil pipelines and seize some of the country's main ports.

Security remains tight - and hundreds of armoured vehicles have been deployed to protect key targets.

Both the US and UK have withdrawn diplomatic staff from Yemen, prompted by intelligence reports of renewed terrorist activity.

The US is reported to be preparing special operations forces for possible strikes against al-Qaeda in Yemen.