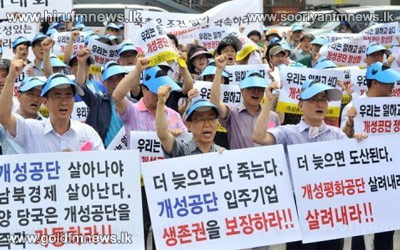 North and South Korea have agreed to resume talks on reopening the Kaesong industrial zone, days after Seoul demanded "final talks" on the matter.

In a statement yesterday, Pyongyang offered talks on 14 August, saying its workers would return to the joint complex and the safety of South Korean staff would be guaranteed.

It added that both sides would prevent another suspension of operations.

South Korea has accepted the proposal, describing it as "forward-looking".