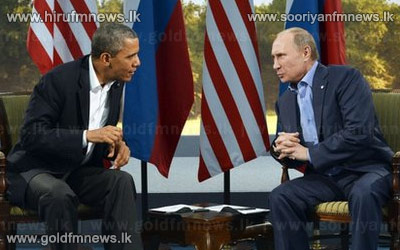 The Kremlin says it is "disappointed" the US cancelled bilateral talks in September, after Russia granted asylum to intelligence leaker Edward Snowden.

Russian President Vladimir Putin's foreign affairs adviser said the move showed the US could not develop ties with Russia on an "equal basis".

A White House aide said Snowden’s asylum had deepened the pre-existing tension between the two countries.

But Obama still plans to attend the G20 economic talks in St Petersburg.