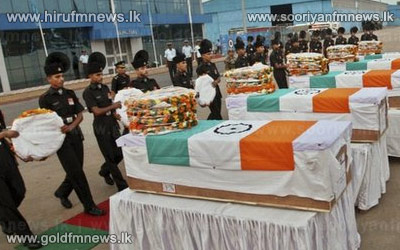 The Indian defence minister has said in parliament that the Pakistani army was directly responsible for Tuesday's killings of five soldiers in Indian-administered Kashmir.

Soon after the incident, AK Antony said the ambush was carried out by "terrorists along with persons dressed in Pakistan army uniforms".

Opposition MPs accused him of absolving the Pakistani army.

Pakistan has strongly denied that it in any way instigated the violence.