Oil pipeline in the sea bursts 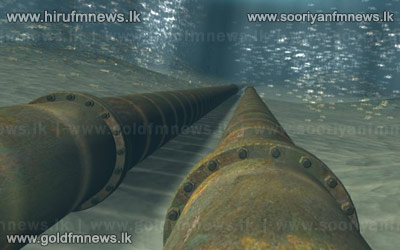 A sea based pipeline transporting fuel to the Muthurajawela oil storage facility has burst.

The crack had occurred while fuel was being pumped to the storage facility from tanker ship transporting 35000 metric tons of fuel.

The Ceylon Petroleum Corporation stated that the crack in the pipeline may have occurred as a result of the sea being rough at present.

When the crack occurred fuel was being pumped from the ship to the Muthurajawela oil storage facility.

However, repair work on the pipeline is currently underway.

Speaking to our news team member of the board of directors of the CPC Bandula Saman Kumara expressed the following views.