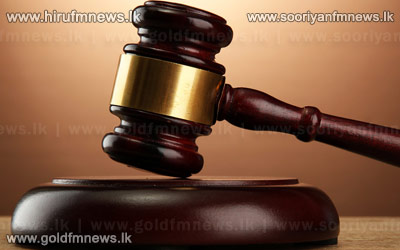 The funeral of Nilantha Pushpakumara who died of injuries he received at the Weliweriya incident was held at his family burial ground at Kurunduwatta Gampola this afternoon.

29-year-old Nilantha, a father of one child was shot while he was waiting for a bus to go from Weliweriya to his workplace in Biyagama.

Meanwhile the Magistrate inquiry with regard to the deaths of 3 persons in the Weliweriya clash was held at the Gampaha Chief Magistrate Court this morning.

The Colombo Crime Division which is investigating the incident informed the Court that statements from 100 police and army personnel were made with regard to the incident.

The Crime Division also informed the Court that 93 firearms used by the troops during the clash were also taken into police custody.

5 witnesses including 4 civilians and the Attanagalle SSP testified before Gampaha Chief Magistrate Tikiri Jayatilaka with regard to the Weliweriya shooting incident today.

Later the Chief Magistrate said that any number of witnesses can appear before him and give evidence considering the specific nature of the case.

The Chief Magistrate asked the police whether they can produce the monk who staged a protest against the drinking water problem in Weliweriya.

Once the police agreed to the proposal, The Chief Magistrate ordered the police to produce the particular monk before Court when the case is taken again on 22nd of this month.

Meanwhile addressing a media briefing organized by the UPFA in Colombo today, Minister Maithreepala Sirisena expressed his views on the Weliweriya incident.

When a journalist queried the Minister about the government investigations on similar incidents, the Minister had this to say.