Two children in Haputale die by falling into a well 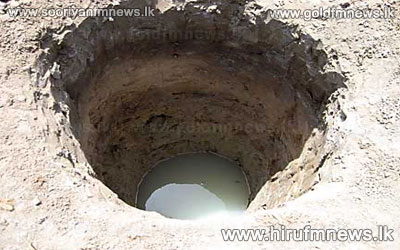 An unfortunate incident occurred when the lives of two small children were lost due to the negligence of parents of the Pita Ratmale Watta in Haputale this afternoon.

The victims were relatives, and identified as Sadeesh Kumar, a 2-year-old boy and Sudesh, a 1 and half year old boy.

The parents of the first victim, Sadeesh Kumar had left the boy under the care of the grand father before leaving for work in the estate.

The Mother of the second victim Sudesh had left the child under the care of the grand mother before leaving to work at the estate while her husband had walked out on them years ago.

Having panicked on the news that Sadeesh fell into a well; the grand mother has left the child who was under her care near a well to see Sudeesh Kumar.

Later the residents found Sudesh had also fallen into the well and drowned.

The bodies of Sadeesh and Sudesh are lying at the mortuary of the Haputale hospital.