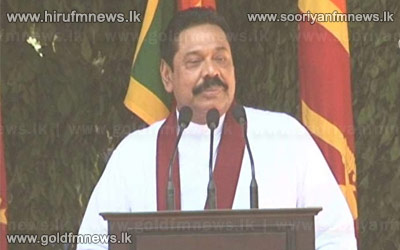 President Mahinda Rajapakse states that the only way to safeguard the rights of the indigenous community is to not turn them into exhibits and by allowing them to live in freedom.

The president made this statement while speaking at a function in Dehiattakandiya – Henanigala to commemorate the World’s Indigenous people’s day which falls today.

President Rajapakse explained how indigenous people become modernized while safeguarding their heritage by using an example.

Leader of the indigenous community in Sri Lanka Uruwarige Wannila Aththo also spoke during the ceremony.