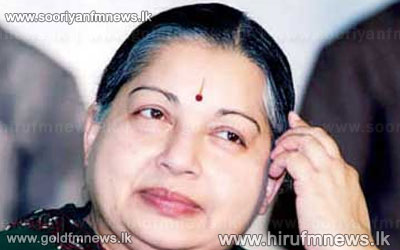 Addressing a protest meeting in Chennai, Stalin told media, that after having demanded the arrest of LTTE Chief Velupillai Prabhakaran, standing for the rights of Tamils in Sri Lanka by Jayalalithaa is a farce.

He also accused Jayalalithaa, saying that she was using the Sri Lankan Tamil problem, as a shield, to stay in power.

Earlier, the DMK had asked the Central Government of India, to boycott the meeting of the heads of Commonwealth countries in Colombo in November.

In response to the DMK demand, India’s External Affairs Ministry stated that the Centre would not change its stand on the meeting of the heads of Commonwealth countries in Colombo.