Main election rallies of the UPFA and UNP in September 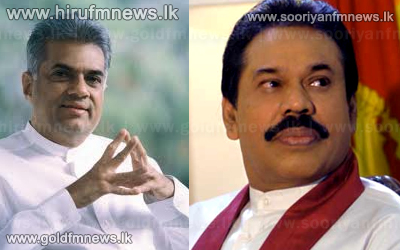 All major political parties have started their propaganda campaign for the upcoming Provincial Council elections.

A UPFA senior leader said that the party has already started its propaganda at grass root level.

Meanwhile the first of a series of party rallies under the patronage of President Mahinda Rajapaksa will be held at Maligapitiya Sports ground in Kurunegala on September 2.

SLFP General Secretary Minister Maithreepala Sirisena told a media conference recently that this rally would be held on the side line of the party anniversary.

Meanwhile the UNP has also started its propaganda rallies.

Party Media Spokesman MP Gayantha Karunatilaka said that election rallies under the patronage of Opposition Leader Ranil Wickremesinghe would be held from next month.

The JVP stated that the party has started an aggressive propaganda campaign in all three Provincial Councils.

However the TNA has not decided the election rally dates to be held in the North.

TNA MP Suresh Premachandra said once his party leader R. Sampandan returns from abroad; the campaign would start, having the first rally in Jaffna.

Meanwhile Executive Director of the PAFFERAL said that there were 31 election violation incidents reported so far.

He also said the majority among them were complaints about abusing state property for election propaganda.