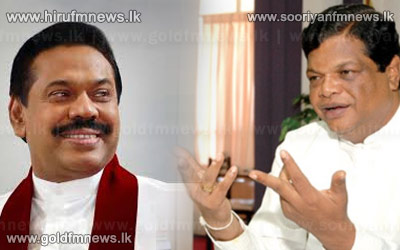 Education Minister Bandula Gunawardana said that he had received instructions from the President, to hand over to the CID all information about examination sabotage and publicity stunts, with regard to such incidents.

When the Minister met the President on Thursday, he has told the Minister that conducting investigation by the CID, would be more appropriate.

Accordingly, the Minister has already handed over to the CID all available information for further action.

The Minister said that certain interested parties used SMS, telephone and email services, to carry out a false campaign about examinations.

He told our news team, that similar false information is being circulated about the ongoing Advanced Level examination as well, and investigations are now being held to trap the miscreants.