130 who violated speed limits on the expressway fined 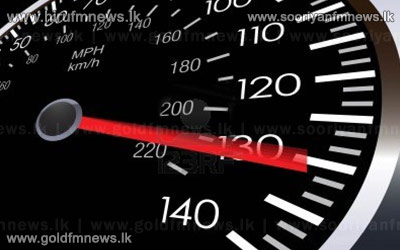 130 drivers who had violated speed limits along the Southern Expressway have been issued fines.

A Police Spokesperson stated that 97 were issued during inspections conducted since 6PM yesterday to 6AM today.

The speed limit of the Southern Expressway stands 100 KMPH.

In an accident that took place near Welipenna, a lecturer and his sister died as their vehicle met with an accident.

It is after this that special attention has been taken to control speeding drivers.