India calls for the release of their fishermen - Decision after court ruling; a reply from Foreign Ministry 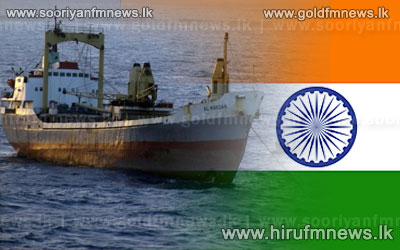 The Indian Central Government has requested Sri Lanka to release the Indian fishermen who were arrested for violating the Indo Sri Lanka maritime border.

Accordingly they have called for the release of 114 Indian fishermen.

However secretary to the Ministry of Foreign Affairs Karunathilaka Amunugama stated that Sri Lanka would have sympathy on the fishermen and the court ruling will be notified to India shortly.

Meanwhile, frustrated by the frequent arrest of fishermen from Tamil Nadu by Sri Lanka and the delay in their release, fishermen in Nagapattinam, Tamil Nadu yesterday said that they might have to seek ‘asylum’ in Sri Lanka if the Indian State government fails to secure the release of the fishermen.

Members of the fishing community belonging to eight habitations of the Nagapattinam block, who are on an indefinite strike demanding the release of the jailed fishermen, held a Kudankulam-style offshore protest by lining up over 400 boats at sea bearing black flags.