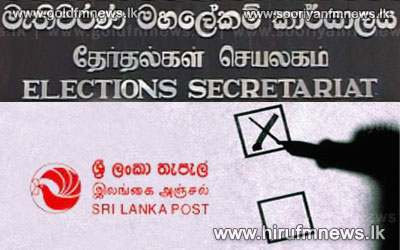 Over 100 thousand Government servants have applied for postal votes in the North, North Western and Central Provincial Council elections.

The selection of postal vote application scheduled to be completed before the 15th of this month.

The postal voting will be held on September 9th and 10th .

However Minister Nimal Siri Pala De silva addressing a meeting held yesterday in Kandy stated that when there is a weak opposition the government in turn becomes weak since there is no challenge.