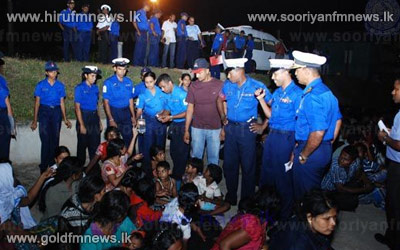 111 persons who were arrested while trying to migrate illegally to Australia were taken to Galle Harbour last night.

At the first head count, there were 88 persons in the boat but 23 more persons were found later.

The Galle Habour Police has handed over the group to the CID for further investigations.

Meanwhile, the Department of Immigration and Citizenship today confirmed the successful transfer to Papua New Guinea of a fifth group of 40 asylum seekers subject to the new Regional Settlement Arrangement.

Under the new arrangement signed with PNG on July 19th, unauthorised arrivals will be sent to PNG for assessment and, if found to be refugees, will be settled there.

A spokesman said If people are paying thousands and thousands of dollars to a people smuggler, they are buying a ticket to a country other than Australia.