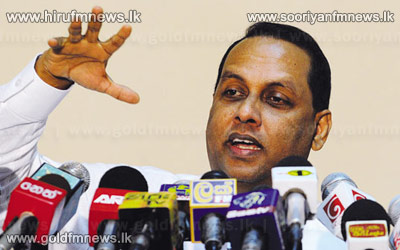 Opposition leader Ranil Wickremesinghe says that even though the Government is capable of giving relief to the public it does not do so.

Addressing a public gathering held in Dompe area yesterday he said unemployment among youth in the country is on the rise.

Meanwhile Minister Nimal Siripala de Silva said at a public meeting in Gampola that the SLFP is not a Chauvinistic party.

He also said that the party should strive to win more Tamil and Muslim voter percentage in future.

During a UNP media briefing held in Colombo today, the party Media spokesman MP Gayantha Karunatilaka expressed his views about the crisis that erupted regarding the North Western PC Chief Ministerial candidacy.

However Minister Mahinda Amaraweera during a ceremony held in Ampara today said that there are four more UNP MPs currently discussing to join the government.