Vaas Gunawardena and Son re-remanded till 27th of this month 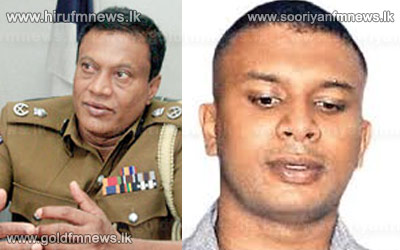 The 9 suspects including former DIG Vaas Gunawardena and his son Ravindu have been re-remanded till the 27th of this month.

The decision to re remand the suspects was taken after they were produced before the Colombo Additional Magistrate Mohammed Sahabdeen today.

The chief suspect in the abduction and murder of millionaire businessman Mohammed Siyam, Ravindu Gunawardena was apprehended by the police on the 7th of this month while staying in a house located along the Boralesgamuwa – Pepiliyana – Mayura Mawatha.

In addition 7 others including the former DIG Vaas Gunawardena were also arrested in connection to the murder.

The Criminal Investigation Department today informed the courts that the 9th suspect, Shrimal Hettiarachchi who was arrested together with Ravindu Gunawardena, has an ongoing murder case against him at the Galle Magistrate’s Court.

After perusing the information presented the Colombo Additional Magistrate granted permission for the suspect to be produced for the identification parade.