Allegations of performance enhancing drug use against athletes who consumed nutritional supplements. 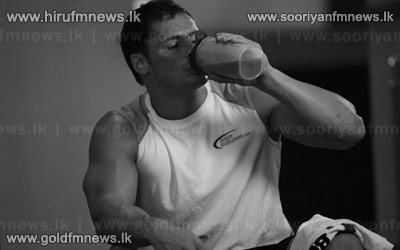 Speaking at a press conference he stated that he has received information that school rugby players are spending large sums of money and obtaining nutritional supplements.

A majority of athletes consume various varieties of powdered milk as supplements.

With the removal of several varieties of milk powder from the market, dialogue regarding this came to the forefront.

The reason for this was that the bacterium known as Clostridium botulinum was found in several energy drinks and milk powders that included whey protein and as a result the health ministry banned the sale of such milk powders until tests have been concluded.

Milk powders used by the public were removed from the market after tests confirmed that the chemical DCD was found in them.

However, the doctors who took part in the press conference held today stated that mother’s milk and local foods coupled with continuous training is sufficient for athletes to develop physical strength.

Dr. Anoma Jayathilake, who took part in the press conference representing the Sri Lankan branch of the World Health Organization stated that due to this reason giving children mother’s milk for as long as possible is crucial to their future.

Chairman of the GMOA Dr. Anuruddha Padeniya expressed the following views during the press conference.