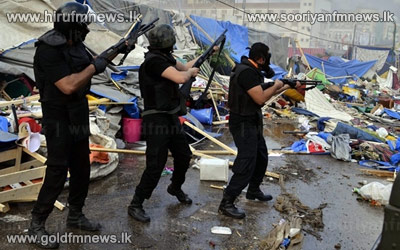 Egyptian security forces have moved in to clear two protest camps occupied by supporters of deposed president Mohammed Morsi in Cairo, with reports of many killed.

The Muslim Brotherhood said more than 100 died, but the authorities put the death toll much lower.

There were also reports of violence in other parts of the country.