3 mobile phones of Vaas Gunawardana under investigation; A lap top also seized by the CID. 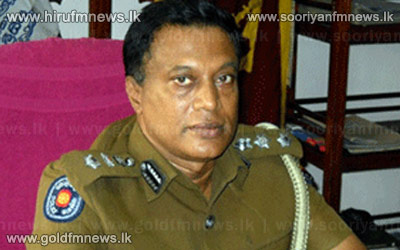 The Criminal Investigative Department informed the courts today that they have begun investigations regarding 3 mobile phones used by former DIG Vaas Gunawardena who is a suspect in the murder of millionaire businessman Mohammed Siyam, when the case was heard in the presence of Colombo Additional Magistrate M. A. Sahabdeen.

The CID also informed the courts that a separate investigation regarding Shrimal Hettiarachchi providing safety for the son of the former DIG Vaas Gunawardena, Ravindu Gunawardena will also be launched.

9 suspects including the former DIG and his son Ravindu Gunawardena were brought to the Colombo Magistrate’s Court from Welikada prison today.

During the hearing the CID informed the Court that the laptop computer belonging to the former DIG has been confiscated and that it has been given to the Computer Science Division of the Colombo University for its data to be analyzed.

The CID also informed the Court that information obtained from the laptop computer will be used as evidence in future investigations as well.

Additionally The CID informed the Court that a separate investigation will be launched into Shrimal Hettiarachchi for providing security for Ravindu Gunawardena and also regarding a double murder that took place in Habaraduwa.

The CID also requested permission from the Court to produce Shrimal Hettiarachchi at a identification parade that is scheduled for the 21st of this month at the Galle Magistrate’s Court to which the Colombo Additional Magistrate M. A. Sahabdeen granted permission for.