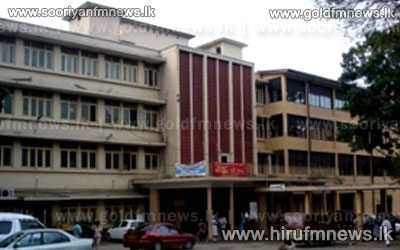 Hospital source state that due to the OPD treatments, clinics and planned surgeries being stopped in the Kandy National Hospital, the patients have been put in great difficulty.

The Directress of the Hospital Dr. Lakmini Perera stated that the emergency services are continuing without interruption.

The doctors of the Kandy National Hospital had stopped OPD treatments, clinics and surgeries due to an ownership issue of a rest room which has been ongoing for over a month.

The media spokesperson of the Government Medical Officers Association Dr. Naveen De Soyza had the following to say in this regard.

The Government Nursing Officers Association stated that the trade union action is unfair.

Association President Saman Ratnapriya said that the authorities should intervene to settle the dispute between the doctors and nurses of Kandy hospital.

Meanwhile Health Ministry sources stated that the Ministry Secretary is scheduled to have discussions with the GMOA and GNOA representatives to settle the dispute.