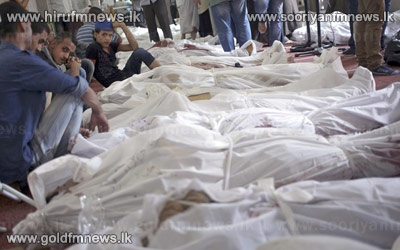 At least 525 people were killed in nationwide violence sparked by a crackdown on the protest camps of supporters of ousted Islamist president Mohamed Morsi.

He said 137 people had been killed in the main Rabaa al-Adawiya camp which pro-Morsi protesters had occupied for weeks.