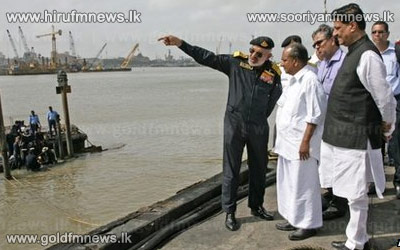 Indian navy divers have recovered four bodies from a submarine which sank after it exploded in a Mumbai dockyard, with 18 sailors feared dead on board.

Earlier, the navy released names of the 18 missing crew members, whose families have begun arriving in Mumbai.

It is not clear what caused the blasts on the diesel and electricity-powered INS Sub.

An inquiry is under way and sabotage has not been ruled out, although officials say that looks unlikely.