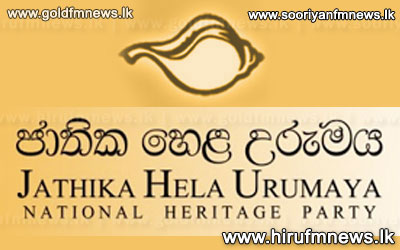 The JHU states that the behavior of Tamil Nadu is a precursor to an invasion of Sri Lanka’s sovereignty.

The media spokesperson of the JHU Nishantha Sri Warnasinghe stated that the statement made by Jayalalitha that the Indian flag will be raised at the Kachchativu islands and that Tamil Nadu Fishermen’s Associations will invade Sri Lanka’s Northern Sea cannot be disregarded.

Meanwhile, 8 Indian fishermen who were in Sri Lankan custody were released yesterday after they were produced before the Mannar court.

Additionally 41 Tamil Nadu fishermen who were in the custody of the Taleimannar police were also produced before the Mannar Court where they were remanded till the 22nd of this month.