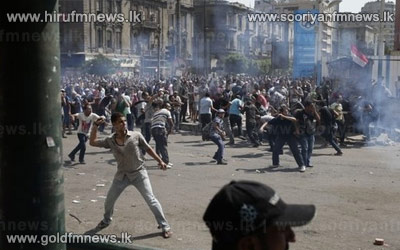 At least 60 people have been killed in Egypt, as protesters loyal to the ousted President Mohammed Morsi clashed with security forces.

Most of the reported deaths were in Cairo, but about 25 were elsewhere, including 12 in Nile Delta cities.

Morsis Muslim Brotherhood said yesterday, that there would be a week of daily rallies across Egypt.

Two days ago the protesters camps were cleared, leaving at least 638 dead and sparking international condemnation.

A state of emergency is also in force, including a dusk-to-dawn curfew.