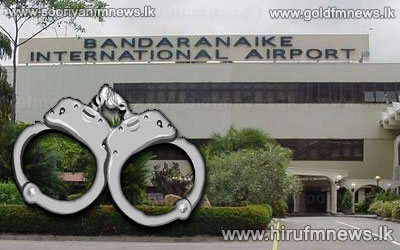 An individual who had tried to smuggle 8 million rupees worth of gems to Singapore has been arrested by Airport Customs last night.

The arrested individual has attempted to smuggle the precious gems hidden in his rectum inside condoms.

The gems were discovered by the customs officials who had become suspicious regarding the individual and subsequently 32 gem stones belonging to 9 varieties were found by the customs.

The 56 year old suspect hails from the Beruwala region.