Nursing officer brought down from tree; Conflict between Doctors and Nurses prevails 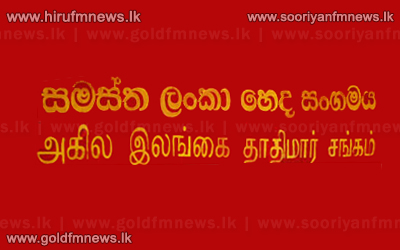 The protest that was carried out by a nursing officer atop a tree in the Kandy General Hospital grounds ended this evening.

Nawarathna Bandara, the nursing officer in question, was engaged in the protest demanding that the authorities withdraw the decision taken with regard to the issue between doctors and the nurses of the hospital regarding a restroom.

Deputy Minister of Health Lalith Dissanayake and Health Ministry Secretary Dr. Nihal Jayathilaka who arrived at the location and representatives of Nursing Unions held a discussion.

Thereafter the protest was ended as the Nursing unions stated that Nursing officer Nawarathna Bandara’s health condition was deteriorating.

One of the main demands of the doctors who engaged in trade union actions was that the hospital authorities transfer 2 female nurses who serve in the hospital surgery room who violated disciplinary protocols to a different division.

The deputy director general of medical services of the Ministry of Health Ananda Gunasekara was the first to arrive at the location and requested Nawarathna Bandara to conclude his protest but Bandara did not agree and spent the night a top the tree.

Deputy Minister of Health Lalith Dissanayake and Health Ministry Secretary Dr. Nihal Jayathilaka arrived at the location this evening when most of the nurses had withdrawn from service.

However, Ministry officials who stated that they couldn’t change the decision since it was an administrative one but had agreed not to take disciplinary action against the nursing officer who staged the protest.

Meanwhile, Secretary of the Kandy branch of the All Island Nurses Union Prabhath Palipana stated that since they did not receive proper solutions they would withdraw from all non essential services.

After the discussion fellow nurse welcomed Nawarathna Bandara who came down from the tree.