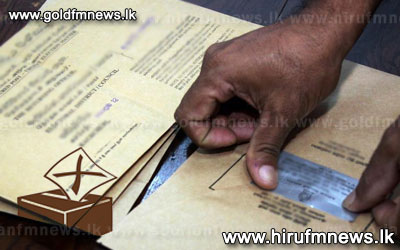 111 thousand 383 persons have qualified to cast postal votes at the forthcoming provincial council elections in the North, North Western and Central provinces.

Most number of applications had been received from the Kurunegala district.

Meanwhile, the Elections Commissioner Mahinda Deshapriya is scheduled to visit the North on the 21st of this month where he would meet with state sector employees in the North.

The Elections Commissioner is also due to look in to issues faced by candidates at the forthcoming election.

However, Minister Dilan Perera expressed these views regarding the Opposition at a meeting that was held in Badulla.