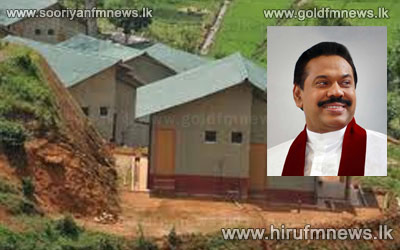 President’s media unit stated that this is the 13th phase of the Api Wenuwen Api housing project.

102 houses were handed over to the war heroes in the Nuwara Eliya district.