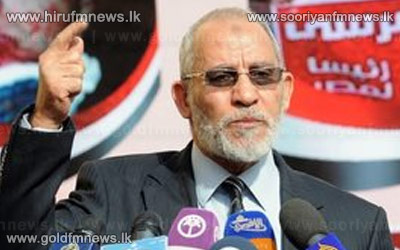 The spiritual leader of the Muslim Brotherhood, General Guide Mohammed Badie, has been arrested in Cairo.

Reports said he was detained at a residential flat in Nasr City.

A state of emergency is in force in Egypt amid turmoil following a crackdown on Islamists in which hundreds have died.

A three-day period of mourning has been declared for 25 policemen killed in the Sinai peninsula by suspected Islamists.