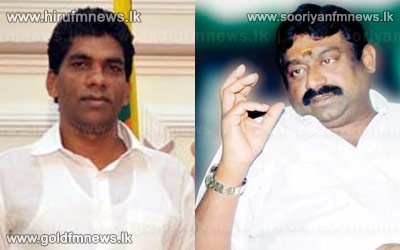 The clash between the Ceylon Workers Congress and the National Workers Union has not been resolved yet.

Speaking at a press conference held in Colombo today the leader of the NWU parliamentarian P. Digambaram stated that he will inform the President in the future regarding the attacks against the activities and members of his party.

However the leader of the Ceylon Workers Congress deputy minister Muttu Sivalingam refutes the allegations leveled against his party.

In response to a question raised by a journalist with regard to this during a ceremony to open a party office in the Bogawantalawa region, the deputy minister made the following statement.

Speaking during the function, the general secretary of the CWC Arumugan Thondaman stated that he is warning the National Workers Union.