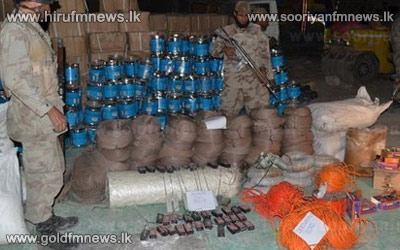 Security forces have seized 100 tonnes of bomb-making materials and detained 10 people in a raid in Quetta, south-west Pakistan, officials say.

They were the same type used in two attacks in the city earlier this year killing more than 120 people.

Balochistan province, of which Quetta is the capital, is plagued by Taliban attacks as well as sectarian violence.