Opposition from the Alliance against Walalla PS Chairman who is accused of bribery. 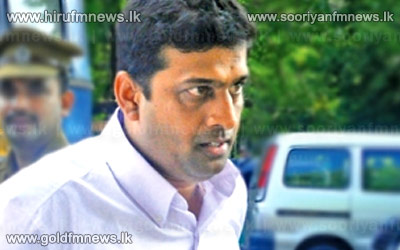 A tense situation arose in the Walallawita Pradeshiya Sabha with the arrival of the chairman of the Pradeshiya Sabha Udeni Athukorala who has been accused of taking bribes after all the PS members except one UPFA member left the chambers.

8 UPFA members including the PS chairman arrived at the chambers today.

6 of the UPFA members then proceeded to leave the chambers in protest of the PS chairman’s actions and subsequently the 4 UNP members also left the chambers.

Speaking to our news team Deputy Chairman of the Walallawita Predeshiya Sabha Nalaka Samarawickrama had the following to say in this regard.

UNP representative of the Pradeshiya Sabha Aruna Gunasinghe also expressed the following views regarding the incident.

Although our news team attempted to contact the chairman of the Walallawita Pradeshiya Sabha Udeni Athukorala it was to no avail.