A bullet from an UNP MP in the chambers 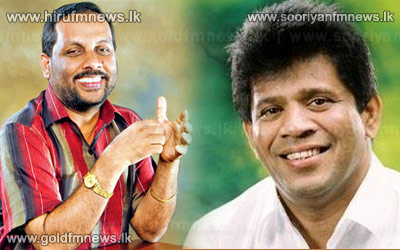 Parliament convened today at 1pm under the patronage of Deputy Speaker Chandima Weerakoddy.

In reply Chief government whip Minister Dinesh Gunawardana had this to say….

An adjournment debate is currently being held in Parliament regarding the Waliweriya incident.

While addressing the chambers UNP MP Ajith Mannaperuma presented a bullet to the Chambers.

Subsequently a heated situation occurred with the objection of several Government MP’s.

MP Sriyani Wijewickrama ordered Sergeant at arms to launch an investigation into the incident.