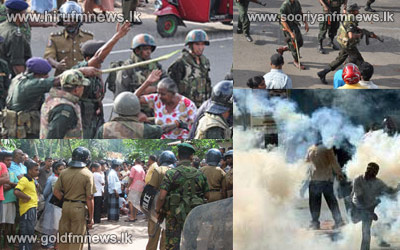 The committee appointed for probing the way the army acted in the Waeliweriya incident, handed over its report to Army Commander Lieutenant General Dayaa Ratnaayake yesterday.

While the Army Commander had appointed a five-member committee for this, Military Media spokesman Brigadier Ruwan Wanigasuriya told our news team that the report submitted by them was scheduled to be handed over to the military legal director for further study.