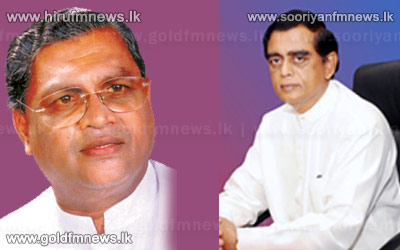 Chief SLFP organizer of the Deraniyagala seat Deputy Minister H. R. Mithrapala alleges that politicians as well as senior police officers had assisted in the incidents that took place in the Deraniyagala – Noori-watta region.

Elaborating further the deputy minister accepted that there was a time when civil administration of the region was below par.

The police are continuing to receive complaints regarding crimes committed by the former Deraniyagala Pradeshiya Sabha chairman Anil Champika Wijesinghe alias ‘atha kota’ and his cronies.

Currently the former PS chairman and a group of his supporters are in remand custody in connection to the murder of the estate director of Noori Estate.

However several months after the murder of the estate director, deputy minister H. R. Mithrapala held a press conference.

Speaking at the press conference the deputy minister stated that the former PS chairman Anil Champika Wijesinghe alias ‘atha kota’ did not enter into politics with his support.

During the press conference journalists inquired from Deputy Minister Mithrapala whether the former PS chairman received assistance in an indirect way.

Deputy Minister H. R. Mithrapala responded to those questions in the following manner

However, Chief Minister Maheepala Herath spoke to our news team on the 18th of July regarding the Noori-waththa incident.