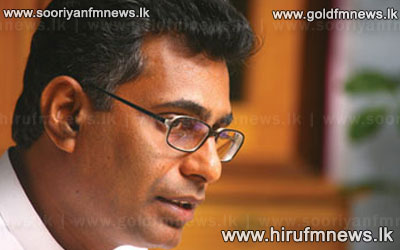 Tests carried out by the Industrial Technology Institute have revealed that the chemical DCD was not found in milk powder imported to the country after June.

Minister of Technology, Research and Atomic Energy Patali Champika Ranawaka made this statement while taking part in a press conference held in Colombo today.

However, speaking further the minister stated that further tests are being carried out to ascertain whether DCD is found in milk powder.

The ITI previously stated that the chemical DCD was found in milk powder in the market in Sri Lanka after tests were carried out on several brands of imported milk powder manufactured in the months of October and November.

However, subsequent tests carried out by the ITI on 7 samples taken from a batch of imported milk powder held at the Colombo Port revealed that those batches did not contain the chemical DCD.

The subject minister expressed the following views in this regard during the press conference held today.

Although the government and certain milk powder companies stated that the chemical DCD is not harmful to the human body, Minister Patali Champika Ranawaka rejected that claim.