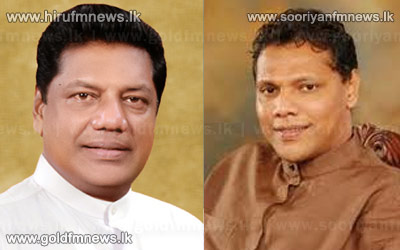 Parliament convened today at 1pm under the patronage of Deputy Speaker Chandima Weerakkodi.

Chief Opposition whip MP John Amarathunga stated in parliament that a question which was supposed to be raised by UNP MP Rosie Senanyaka cannot be raised since she was not present in the chambers.

A debate took place between Minister Dilan Perera who was scheduled to answer the question and Opposition Leader Ranil Wikramasinghe.