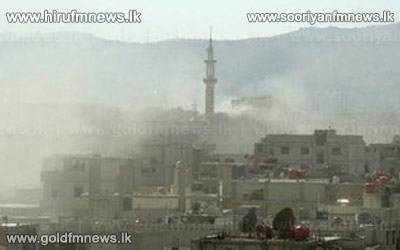 UN Secretary-General Ban Ki-moon has said the alleged chemical weapons attack near the Syrian capital "needs to be investigated without delay".

He is sending disarmament chief Angela Kane to Damascus to press for an investigation.

Earlier, Frances foreign minister said a "reaction with force" might be needed if the claims were substantiated.

Activists say hundreds were killed in attacks on the Ghouta area of Damascus.