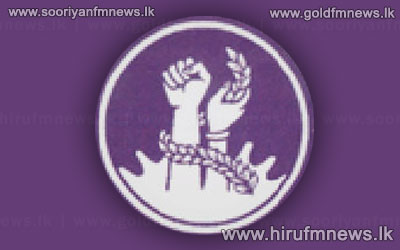 The Samurdhi Development Officers Association alleges that a circular has been issued by the Samurdhi Authority requesting gatherings of Samurdhi recipients in the North Western Province which violates election laws.

General Secretary of the Samurdhi Development Officers Association Chamara Madduma Kaluge stated that his association has lodged a complaint with the elections commissioner as well.

Upon inquiry by our news team, the Director General of the Samurdhi Authority R. P. Bandula Thilakasiri stated that instructions have been issued via a circular regarding the housing programs being carried out parallel to the Deyata Kirula Program and that no instructions were issued with regard to political activities.

The topic in question during the ‘Balaya’ Political talk show telecast last night through Hiru TV was also the Provincial Council Election and the violation of election laws.

Media spokesperson of the UNP parliamentarian Gayantha Karunathilaka who took part in the program stated that the candidates who are contesting the election are violating election laws.

Minister of Ports and Highways Rohitha Abeygunawardena who took part in the ‘Balaya’ Political talk show representing the government responded in the following manner to MP Karunathilaka’s statement.