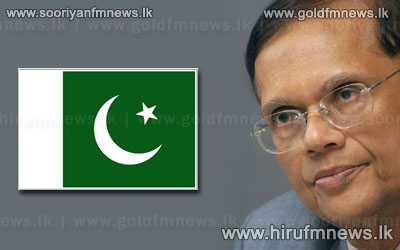 He conveyed the warm felicitations of President Mahinda Rajapaksa to the Prime Minister and the new Government of Pakistan, and handed over to Prime Minister Nawaz Sharif the President’s letter of invitation to the Commonwealth Heads of Government Meeting in Colombo in November.

The Prime Minister responded that he looks forward to attending the Summit, and wished the event every success.

The two sides expressed satisfaction with defence co-operation and noted that Pakistan will participate in the upcoming Sri Lanka Defence Seminar and the Galle Dialogue Maritime Conference.

The Prime Minister commended the remarkable strides made by Sri Lanka in respect of development and reconciliation in recent years.

He appreciated the detailed briefing given to him by Minister Peiris, and said that the understanding and support of Pakistan will continue to be available to Sri Lanka.