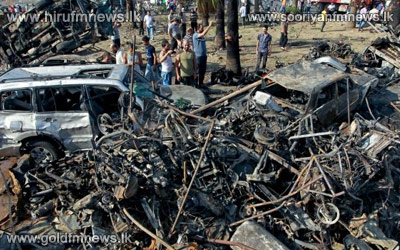 At least 42 people have been killed and more than 400 wounded in two huge bomb attacks in Lebanons northern city of Tripoli.

The blasts, near mosques, are thought to be the deadliest attack in Lebanon since the end of the civil war in 1990.

War in neighbouring Syria has raised sectarian tensions between the citys Sunni Muslim and Alawite communities.

The blasts came a week after a car bomb in a Shia district of the capital Beirut killed 27 people.