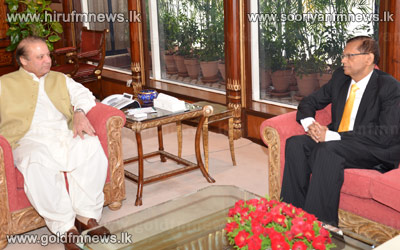 The Pakistani Premier Nawaz Sharif has confirmed that he will take part in the Commonwealth Heads of Government Meeting scheduled to be held in Sri Lanka this November.

Pakistani media reported that the Pakistani Prime Minister accepted the invitation presented to him by the Sri Lankan Minister of External Affairs Prof. G. L. Peiris.

The Pakistani Minister of Finance has also been invited to take part in the Commonwealth Business Forum which will be held concurrently with the CHOGM summit.

The Pakistani Premier has pledged to support Sri Lanka’s stance at the CHOGM summit that will be held in November.