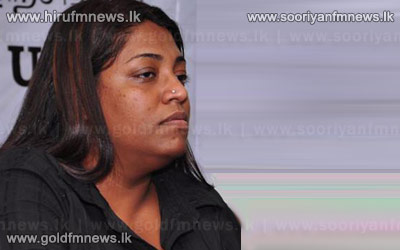 Police investigations into the armed gang that broke into the residence of the Deputy Editor of a weekend newspaper and the chairman of the Sri Lanka Journalist’s Trade Union Mandana Ismail are currently continuing.

4 members of the armed gang and 5 police officers who were wounded in the shootout are currently receiving treatment at the Colombo General Hospital.

The spokeswoman of the Colombo General Hospital stated that a police officer who suffered a neck wound has been sent for surgery.

Speaking to our news team Mandana Ismail stated that the armed gang broke into her house at approximately 2.30 this morning.

The police had gone to the scene of the crime based on a phone call made by Mandana Ismail’s husband when he had found out that the phones at his residence were not working.

Mandana Ismail further elaborated as to what transpired after the police arrived at her house.

Speaking further police media spokesperson SP Buddhika Siriwardena stated that the police are yet to uncover the reason as to why the armed gang broke in to the residence of Mandana Ismail.