Incident at Sunday Leader Journalists house was a theft; Says Police - Government condemns attempts made to politicize the incident 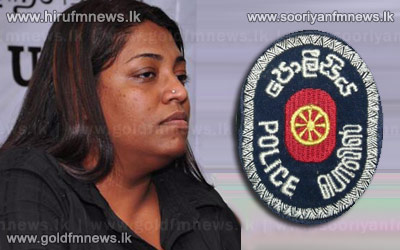 Police Media Spokesperson SP Buddhika Siriwardana speaking at a media briefing that was held at the Police Headquarters stated that the gang had entered the house at around 3am.

The husband of Mandana who arrived home late had been suspicious of the presence of a group and had called the Police.

Accordingly the Police which acted on this information had managed to trap the thives.

Deputy Editor of the Sunday Leader newspaper and Chairman of the Sri Lanka Journalist’s Trade Union Mandana Ismail expressed these views regarding the incident.

Meanwhile, the Government Information Department issuing a statement regarding this incident stated that certain groups were trying to take political advantage out of this incident.

The statement condemned attempts by certain factions to distort the facts pertaining to the incident.