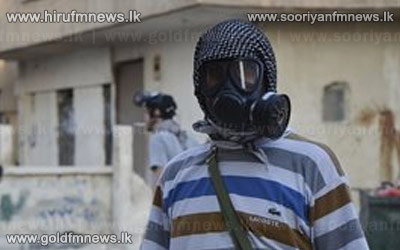 Medecins Sans Frontieres says hospitals it supports in Syria treated about 3,600 patients with "neurotoxic symptoms", of whom 355 have died.

The medical charity said the patients had arrived in three hospitals in the Damascus area on 21 August - when opposition activists say chemical attacks were launched against rebels.

But MSF says it cannot "scientifically confirm" the use of chemical weapons.

Both sides in the conflict accuse each other of using them.

MSF says staff at the hospitals described a large number of patients arriving in the space of less than three hours with symptoms including convulsions, dilated pupils and breathing problems.