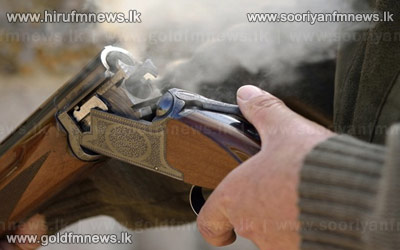 A spokesperson of the Colombo National Hospital stated that the injured woman was transferred to the eye hospital for further treatment to a wound near an eye.

The Doctor who serves at the Negombo hospital has been arrested.

At a time an argument had broken out between the Doctor and his Wife, one of their relatives and this woman in concerned who is a neighbour had gone to their house.

It is during this episode that the Doctor had shot the woman, which is said to be using a licensed weapon.