2 army deserters among the 5 suspects who broke into the journalist house; Army media spokesperson clarifies. 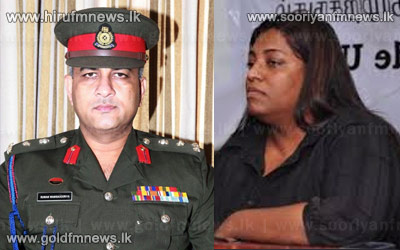 Police investigations into the armed gang that broke into the residence of the Deputy Editor of Sunday leader and the chairman of the Sri Lanka Journalist’s Trade Union Mandana Ismail are currently continuing.

It has been revealed that 5 persons are involved in the robbery and 3 members are siblings.

Army media spokesperson Brigadier Ruwan Wanigasuriya addressing a media briefing held today at the MCNS stated that there were 2 army deserters among the 5 suspects.

Brigadier Ruwan Wanigasoriya speaking further stated that they have no connections with the military.

4 members of the armed gang and 4 police officers who were wounded in the shootout are receiving treatment at the Colombo General Hospital.